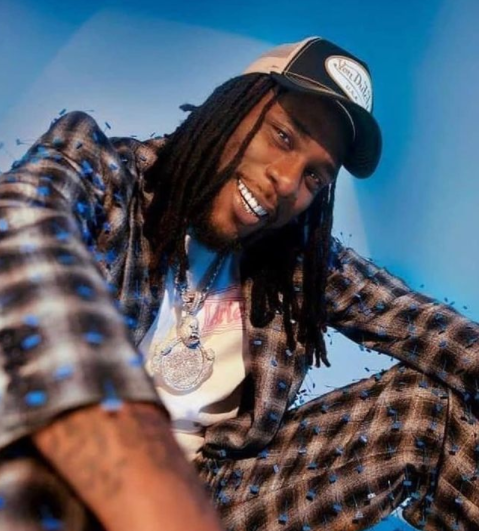 Grammy award-winning artist, Burna Boy took to Twitter to humbly ask Mr Eazi to allow him benefit from his new ‘side hustle’.

This is coming minutes after Mr Eazi replied a blog that referred to a clip from his music video as his new hustle. In the clip, Mr. Eazi was seen in a remote part of Lagos surrounded by his security detail, learning to ride a commercial bike, popularly known as Okada. The blog misinterpreted the scene and referred to it as Eazi’s new hustle.

Totally amused, Mr Eazi took to his Twitter account to react after the video surfaced on the internet. He wondered how Okada riding was considered to be his new hustle/ business when it’s not related to music.

Burna boy who also found the tweet amusing pleaded with his colleague to ignore the post. Still supporting Mr Eazi, he begged him to take him to Festac as Okada riding has been added to his portfolio.

“Fireboy Kissed In The Video”… Why Should I Pay Him #1 Million? – Peruzzi