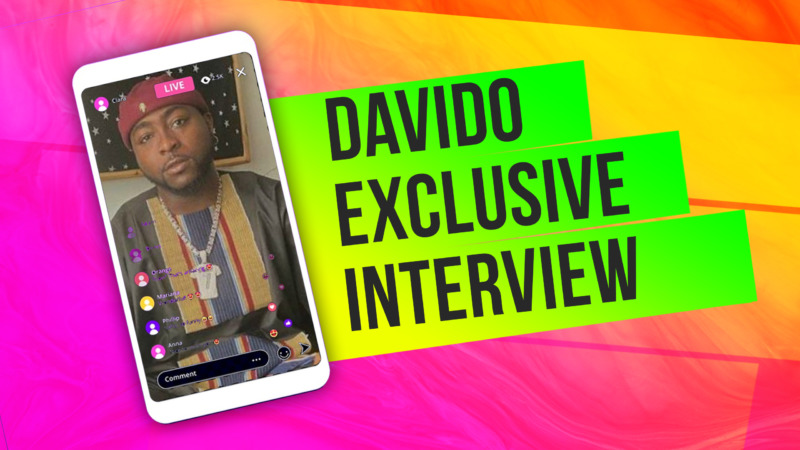 Sensational singer, Davido has spoken on why he decided to leave social media for a while.

Davido who is adept at using social media left fans surprised when he announced that he would be taking a break from social media. The singer on the 3rd of June, 2020 made the announcement and since then he has remained offline. Although he told his fans before his exit that he needed time and space for himself, many were of the opinion that he wants to settle the problems in his relationship with Chioma after it was hinted that the couple was on the verge of breaking up.

Bouncing back to Instagram, Davido went live for the first time in 3 months after he left social media. He went live on Instagram to grant an interview with the international Grammy Instagram page “Grammy Museum”. Most of his fans and followers trouped in to watch his live session amidst the celebration and in the space of 7 minutes, Davido hit about 28,000 viewers on his live session.

Watch the full video below: