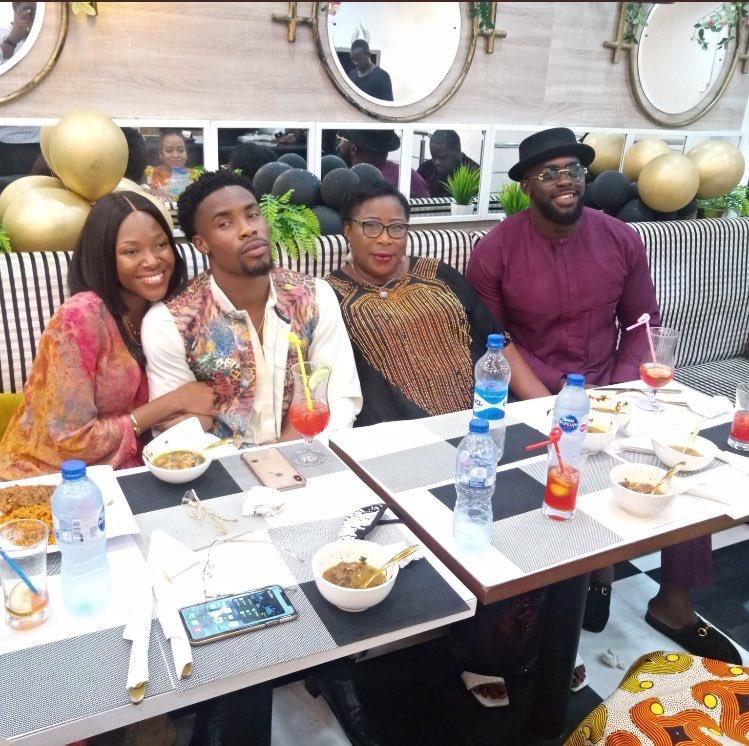 An adorable video that found it’s way to the internet captured the moment Neo’s mum asked Vee to take her rightful place beside her son. 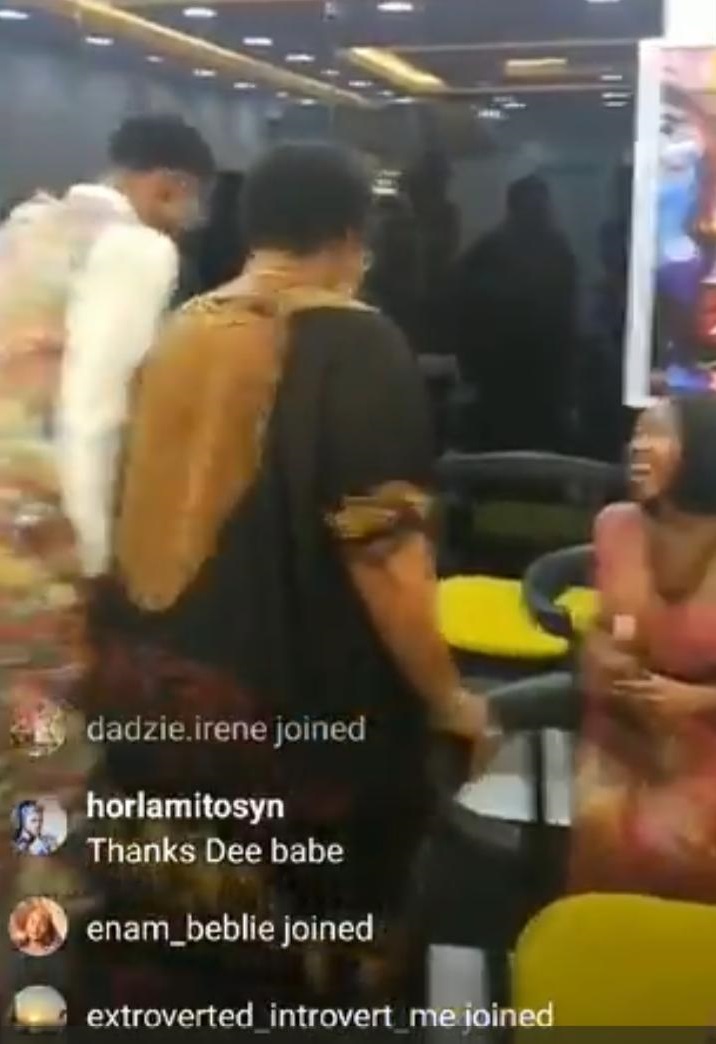 The reality star who turned a new age days ago threw a birthday dinner where his fans presented him with a brand new Mercedes Benz as well as whopping sum of Two Million Naira.

The party which was well attended by his colleagues, friends and fans also had his mum in attendance.

When Neo’s mum arrived at the venue his girlfriend Vee made way for her to sit beside her son. However, Neo’s mum gave up the seat and insisted that her son’s lover, Vee should be the one to sit beside him, while she made herself comfortable beside them.

The adorable video has received positive comments from fans who commended Neo’s mum for showering Vee with so much love.