Nollywood actress, Eniola Badmus is currently under fire on social media over “excessively edited photos” of herself she shared online. 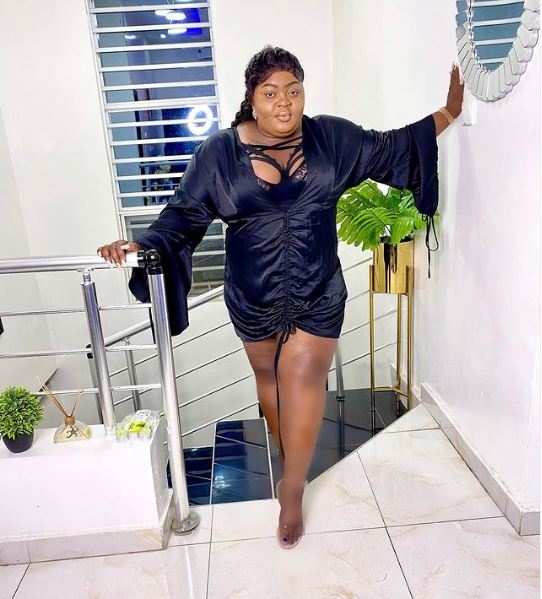 The actress shared a photo of herself in a skimpy black dress and captioned it, “stepping out with my G’s Connect”. While many fans gushed over the beautiful photo, critics claimed her legs appeared over edited and dragged her to filth.

Critics took to the comment to allege that the actress over edited her leg in the photos to make them appear scar free. An Instagram follower advised her to be proud of her scars.

mhiznellybqnks.smith wrote, “editing is too much on those legs”

@fashion_academy_online wrote, “Editing around the leg area is too much pls”

@real__chisaint wrote, “Why u edit ur leg like this