Nollywood actress, Adesua Etomi has replied a lady who berated her for being angry that her driver wrecked her car. 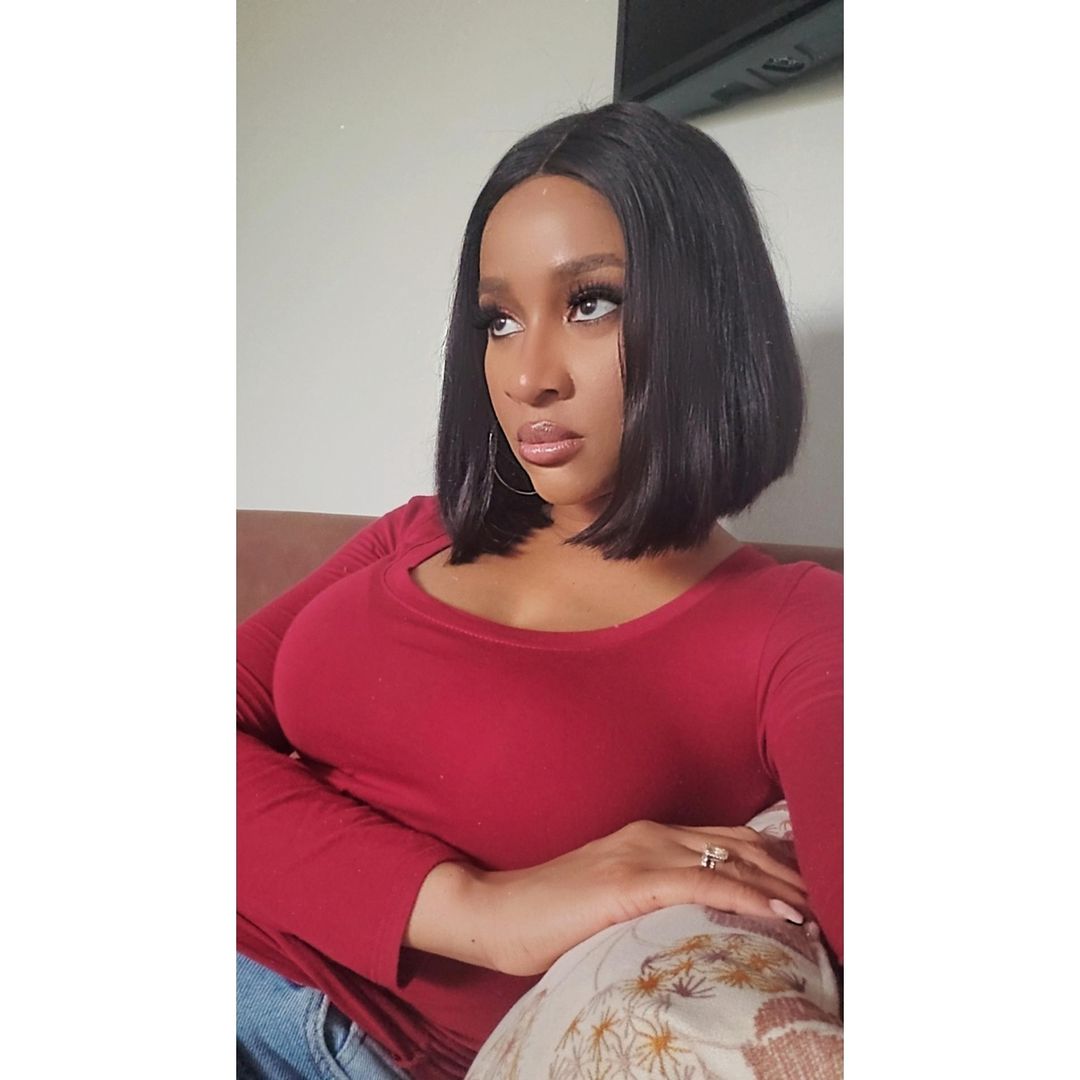 The mother of one had taken to micro-blogging platform, Twitter to lament after her driver wrecked her car that’s barely 3 years.

Expressing her displeasure via Twitter, she wrote, “Every time I remember that the driver wrecked my car, I’m upset all over again. Not even 3yrs since I bought it.”

However, a Twitter user stated that it’s not enough reason to get angry since it was an accident and can happen to anyone.

The lady identified as @shawama0 on the platform wrote,

“What if you did that your self will you be angry 😡😡😡 with your self,it can happen to anybody know matter how careful you are,put your self in that same shoe,money come and go we all know that,i don’t pray for your down ⬇️ fall,more blessing come your way Ade”.

Adesua who wasn’t having any of it in response wrote, “You don’t have a right to send me this kind of reply ESPECIALLY because you don’t know the circumstances of the accident”. 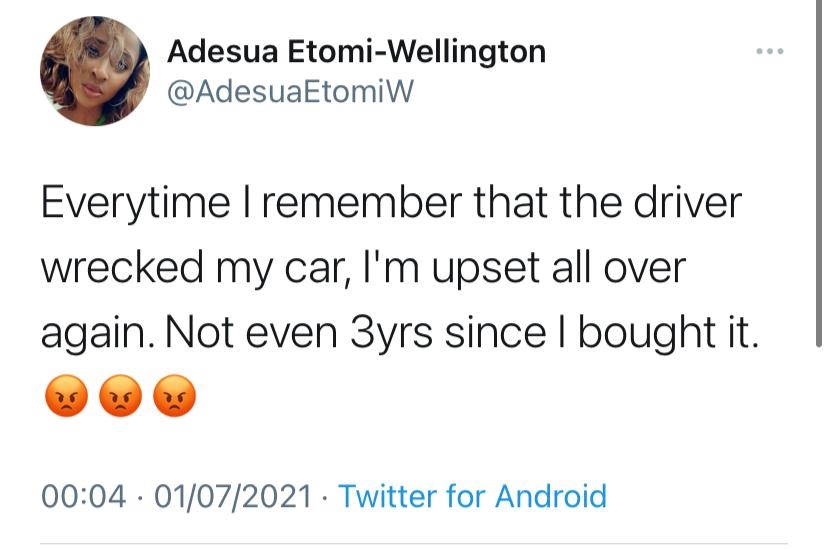 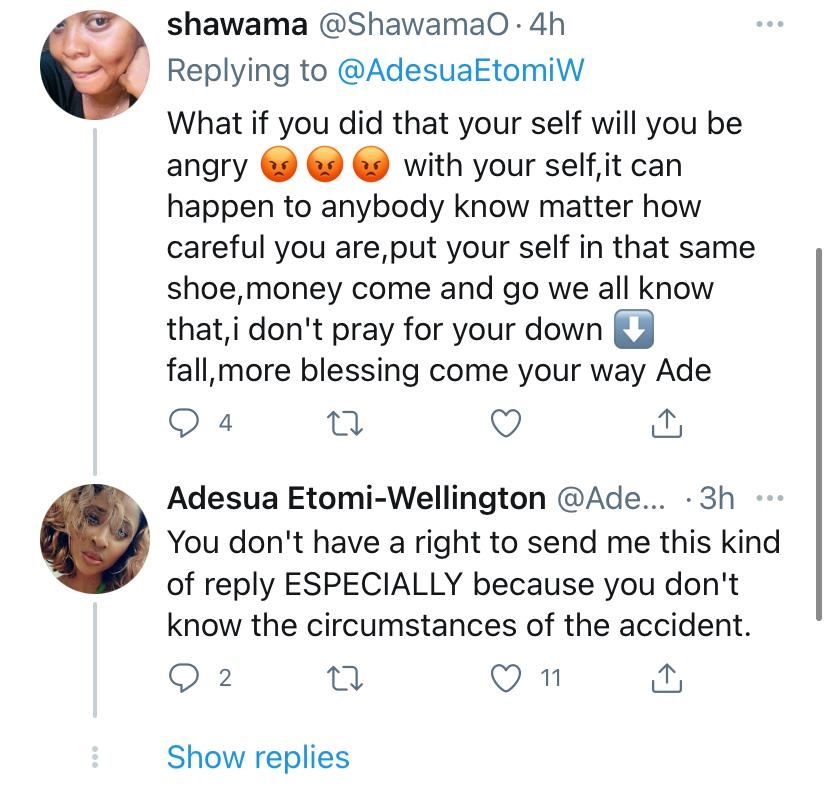