This is coming after Burna boy’s fans noticed an unusual increase in the number of Youtube views on one of his music videos  “Monsters you made”. This song was released in 2020 and suddenly it accumulated over 500,000 views within an hour on Saturday. 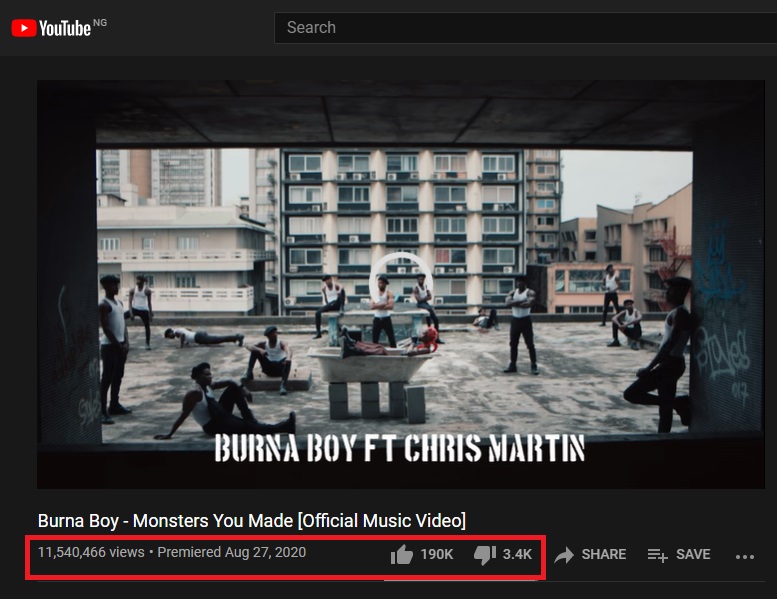 Fans also noticed how the number of likes and dislikes remained the same despite the music video gaining an extra 500K views. They effortlessly connected the heist as on Burna boy’s move to compete with the likes of Wizkid and Davido whose music videos recently hit 1 billion.

Here are some reactions 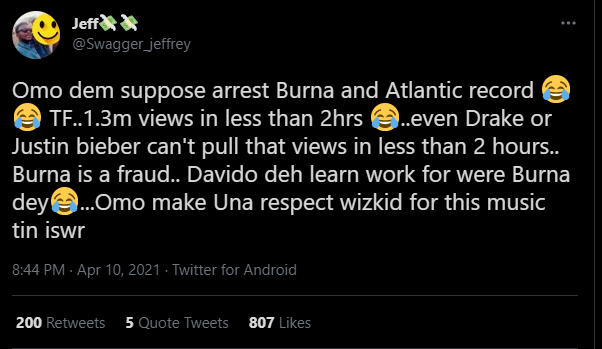