Popular Nigerian singer, Kizz Daniel has warmed the hearts of his fans and followers as he shares videos of himself rendering daddy duties to his twin babies.

In one of the videos he shared on his Insta-stories the proud father is seen cradling one of his twins as he spends quality time with his babies.

In another video Kizz Daniel was captured dancing while carrying one of the babies.

From the videos one can tell that the singer who welcomed his twin boys on his 27th birthday few months ago is evidently enjoying fatherhood.

He recently shared an heartwarming video of him cradling his twin boys, Jelani and Jalil. In the video, the singer could be seen dancing while carrying his twin sons. He captioned the video, “ʜᴀᴘᴘʏ ɴᴇᴡ ᴍᴏɴᴛʜ ꜰʀᴏᴍ ᴅ’ɢʀᴇᴀᴛꜱ ❤️” 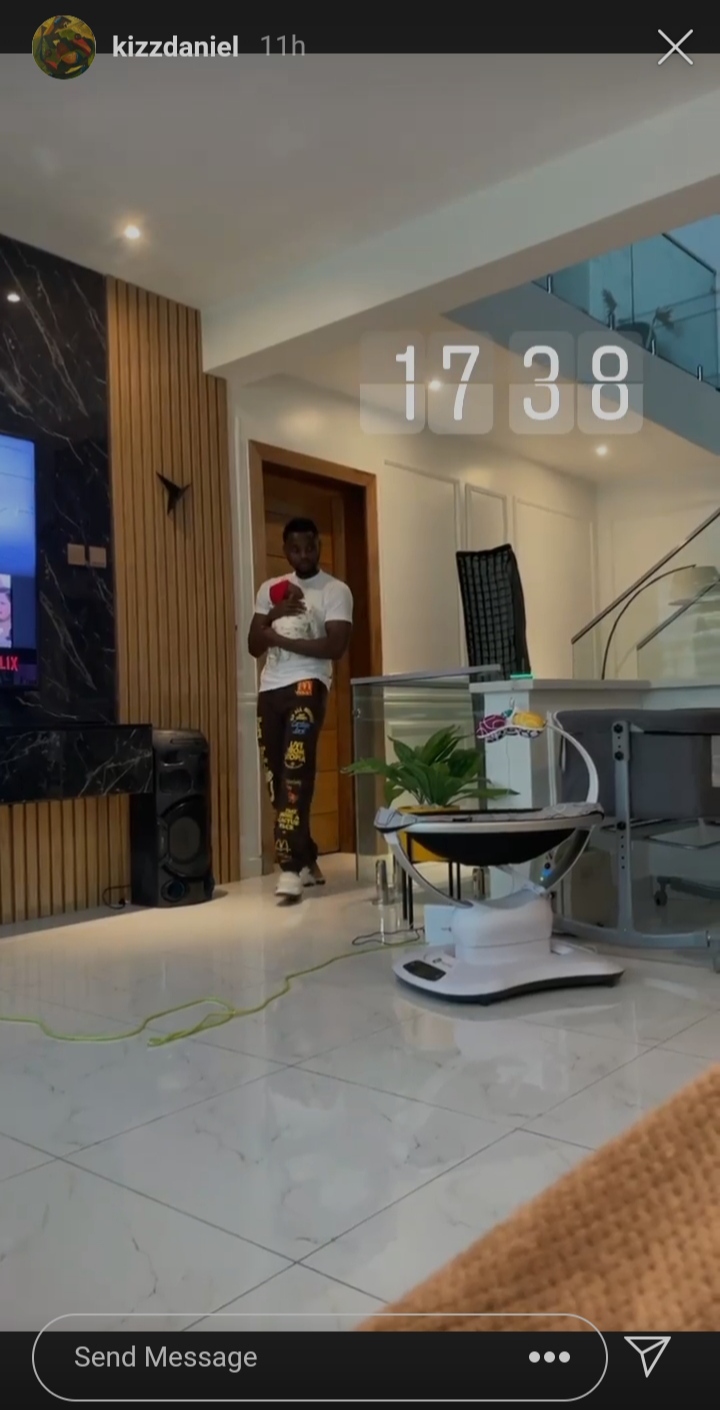