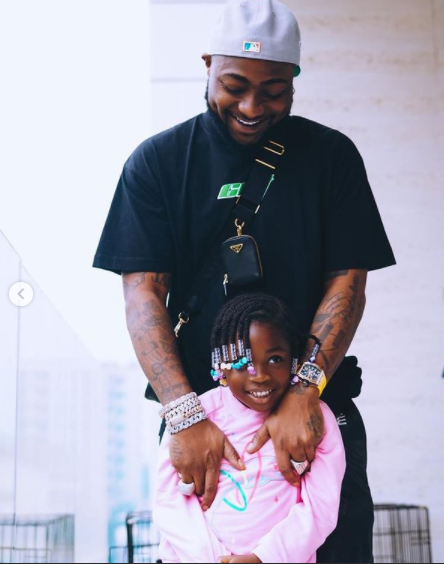 Davido is known to shower his first daughter, Imade with outrageously expensive gifts.

The proud father of three has purchased some incredibly pricey presents for his 6-year-old, including a customized Diamond necklace worth millions and a classic Ranger Rover vogue as an early birthday present.

This time, Davido sent the internet into a frenzy after he surprised Imade with a designer bag at her birthday party. Many might be wondering what the big deal is with the bag, but yeah, It’s a Christian Dior Bag.

Davido gifted his princess a Dior saddle Bag worth $3,800 (#1,569,400 million), a bag so expensive its price literally made social media users cry.

Imade took to her Instagram account to flaunt the designer accessory her Daddy had purchased for her. It would be a surprise if Davido didn’t post or repost the pictures and video of Imade happily unboxing her present, which he did via his Instagram story.

Watch the video below.

Imade is Davido’s first child with his first baby mama, Sophia Momodu. The couple welcomed their baby girl on the 14th of May, 2015.  Celebrating her birthday today, Davido and Sophia threw a lit birthday bash for Imade which was attended by family and friends.