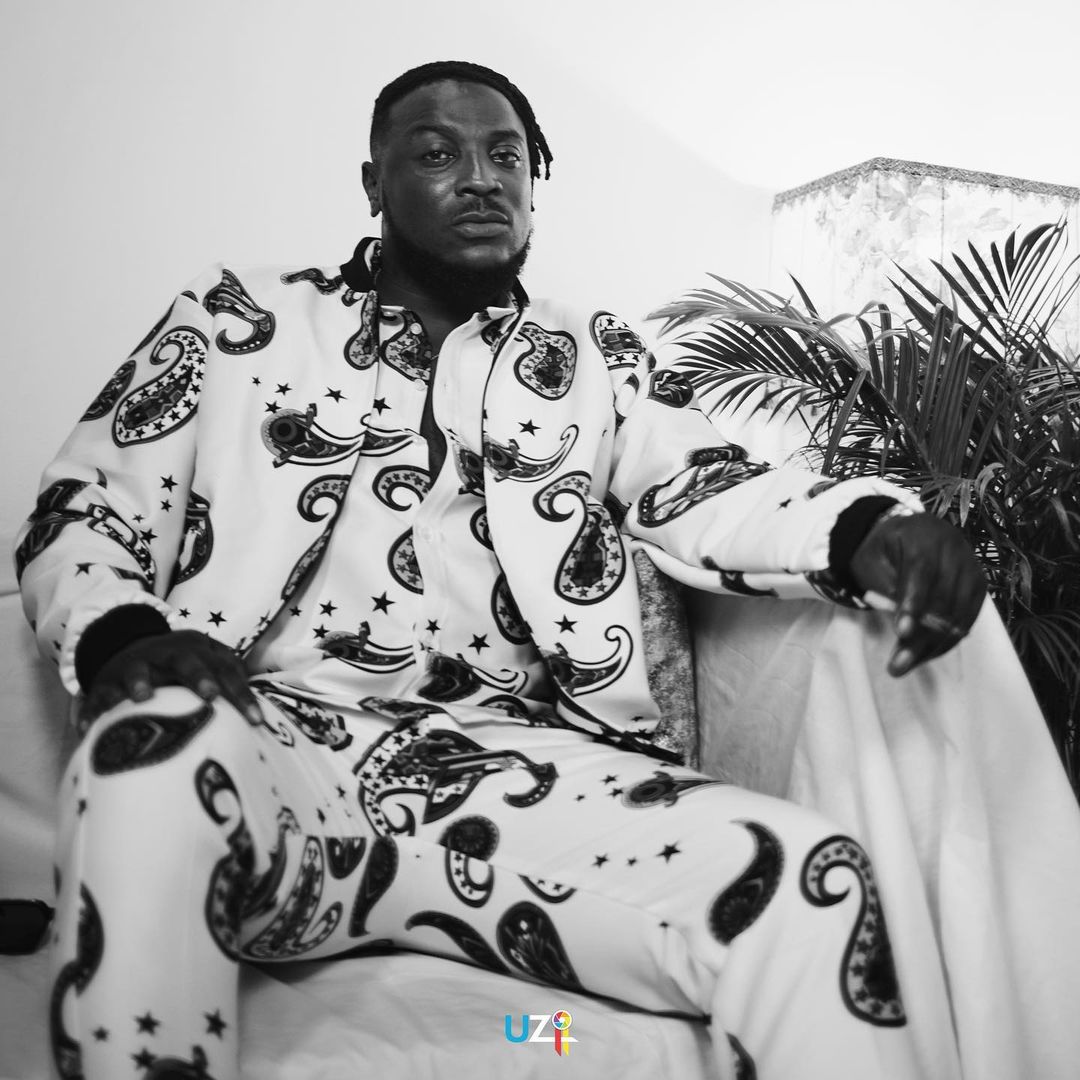 A concerned fan had taken to micro-blogging platform, Twitter to inquire if the ‘Majesty crooner’ would be walking down the aisle with his lover before the end of the year.

“Peruzzi hope you go marry this year”, the fan wrote.

However, Peruzzi’s response hinted that he’s not ready for such commitment anytime soon. Quoting the fan’s tweet he wrote, “God forbid”. 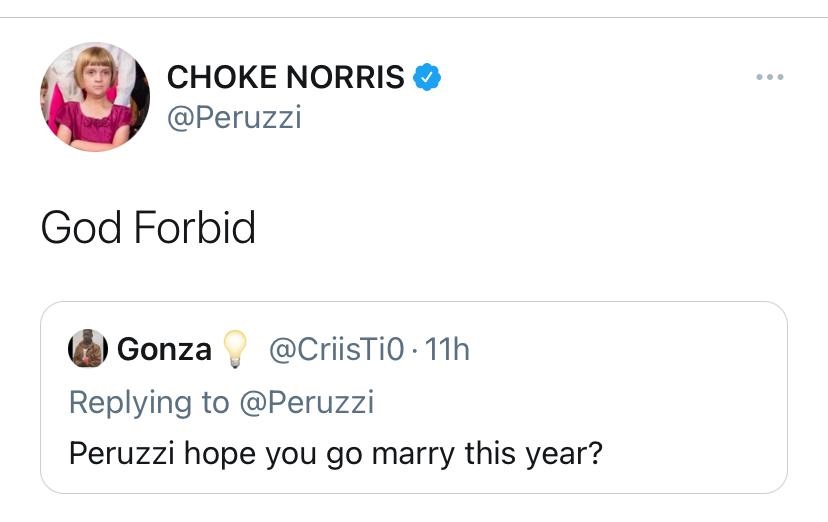 Meanwhile, the singer, Peruzzi is reportedly in an amorous relationship with Instagram influencer, Ogechi Ukonu aka Caramel Plug.

Cutie Juls claims the news is legit, however, the alleged couple are yet to confirm or deny the rumour.

“Congratulations to the new couple. Las las, na knacking dem go knack and pepper we small But they can’t stop us from poke nosing abi?

“Ladies and gentlemen, Peruzzi’s new babe is no other than our famous Instagram “E dey Shake” influencer, Ogechi
Hopefully this will be the one we’ll take to the alter cuz I learnt mama is really in love.”