Nigerian crossdresser, James Brown has claimed that he sold his father’s land to buy himself a bone straight hair worth N3m. 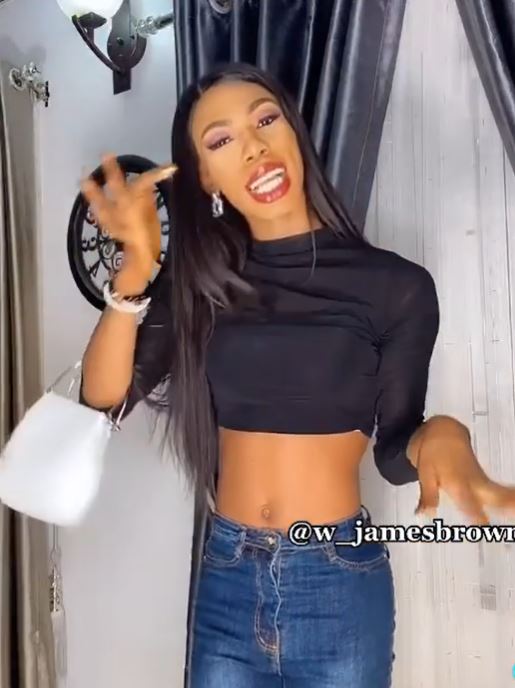 According to him, he decided to sell his fathers land to acquire the luxury hair after a fan mocked him for a wearing a regular hair despite his celebrity status, at a restaurant in Lagos.

James who has now acquired the three million naira took to his official Instagram page to flaunt the new acquisition, while he opened up to his fans on how he got the money to buy it.

Sharing a video of him rocking the hair, he captioned it, “I don buy am ooo”.

See how his fans reacted below,

@preciousotunyo wrote, “Bro’s that’s not bone straight and that sponge of urs is not up to 100k”.