Popular Nigerian media personality and entrepreneur, Toke Makinwa has spoken about her desire to get married again. 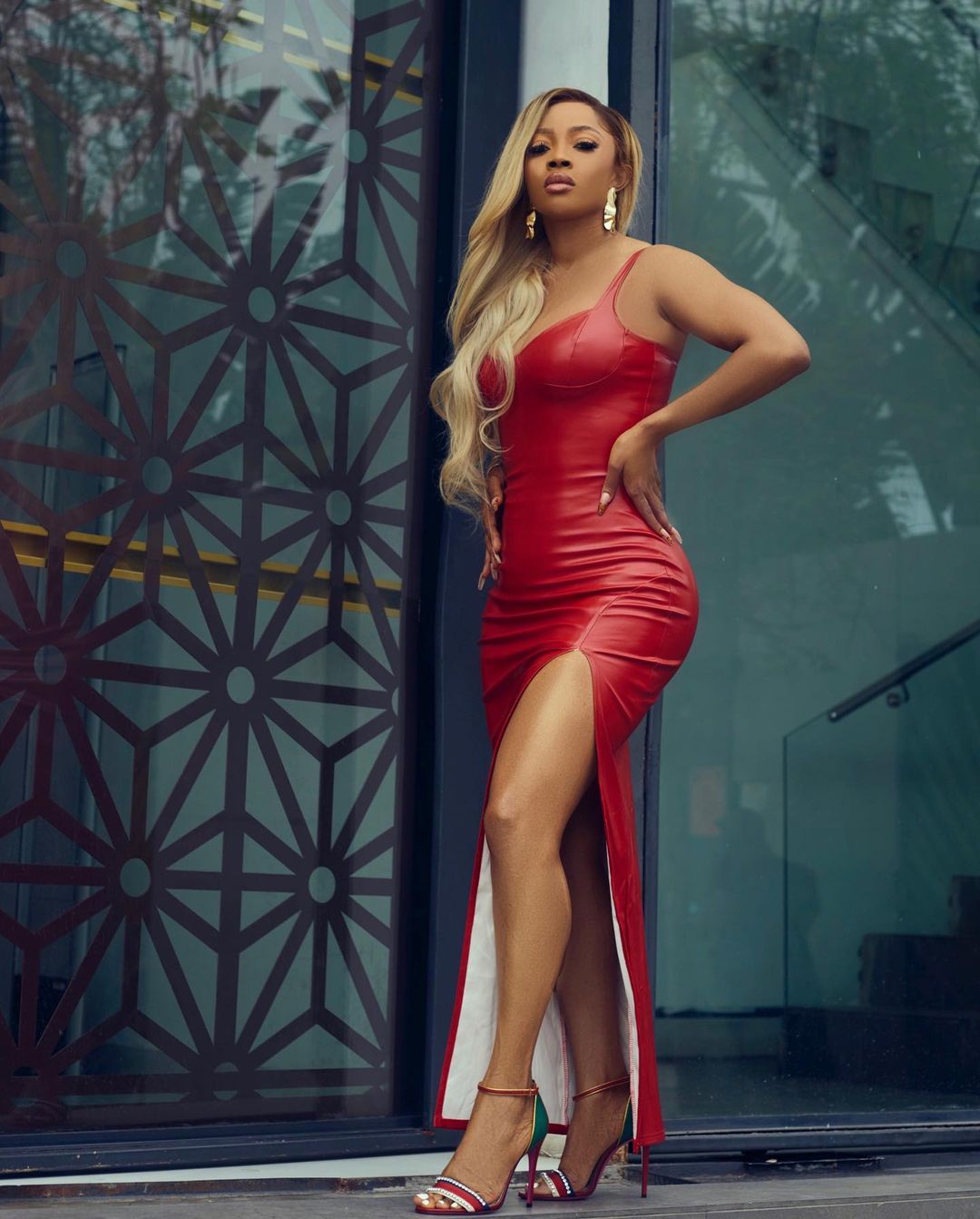 The lifestyle vlogger during a question and answer session with her fans revealed she would love to marry again and give her children the family she never had.

“Do you ever think of having a child without marriage? or are you kin on marriage?” A fan asked her.

In response Toke stated that she wants to get married again and give her children a family she never had, since she lost her parents when she was only eight.

“I definitely want to get married again, losing both my parents at 8 hurt so much. I’ll like my kids to have what T never had. Hopefully the universe sends me a good man/dad.” 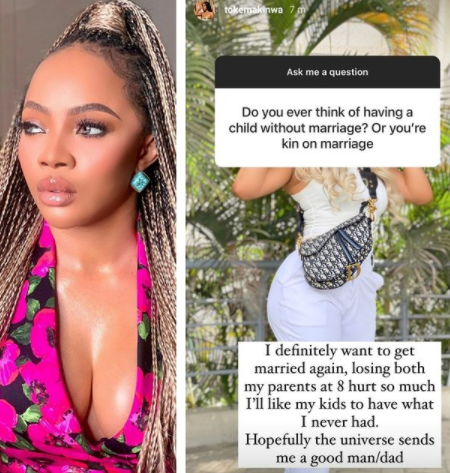