Starboy Wizkid’s fans are of the opinion that his 3rd baby mama, girlfriend and manager Jada Pollock fits more as his babe than his manager, and have suggested that the singer separates career from emotion and family.

Jada Pollock who had met Wizkid in 2012 while she was still managing popular American based singer, Chris Brown has been in the talents management line for almost 10 years now, Starting out with Ghanaian-British rapper Tinchy Stryder.

Raising a conversation on the streets of Twitter, a member of the FC with the handle @Chisarahhh stated that the act of combining pleasure with work always is very poor in business and all Jada Pollock does for the Starboy is little as his grace usually take up the rest. “Jada is more to the singer as a girlfriend and not a manager, wiz really need a manager. The act of combining pleasure to work always is really very poor in business. She apparently do little and Wizkid’s grace take it up”, he tweeted.

This has only stirred controversy on the streets of Twitter as many agree with him and so many more disagree. Not only that but the convo has set Jada’s name on the top trend of the day. “It’s true tho. Wizkid should be bigger than he is. His management is weak fr”, a tweep @bellcallss wrote. “You think all those international connect na by wizkid’s grace ? Lmao. She’s doing perfectly well alongside Sunday are! Don’t disrespect her like this”, another tweep @SeriousAF wrote. 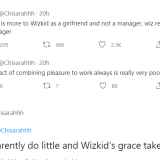 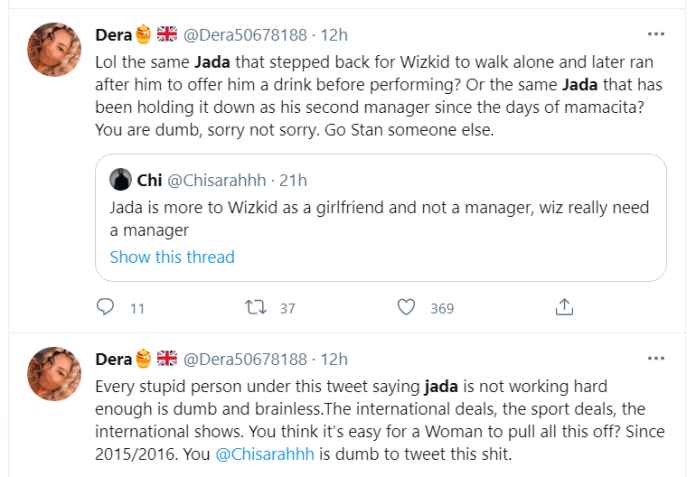 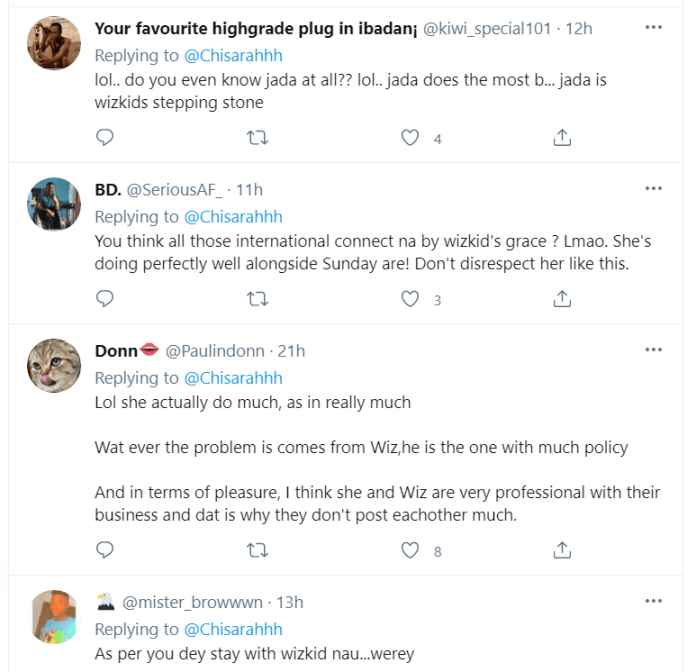 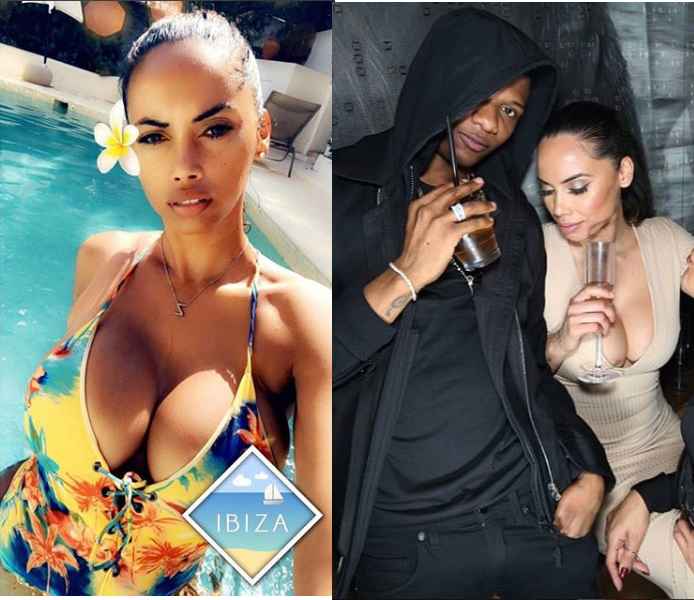 I Got Married At 20, Divorced At 22 To Focus On My Music Career – Don Jazzy Reveals