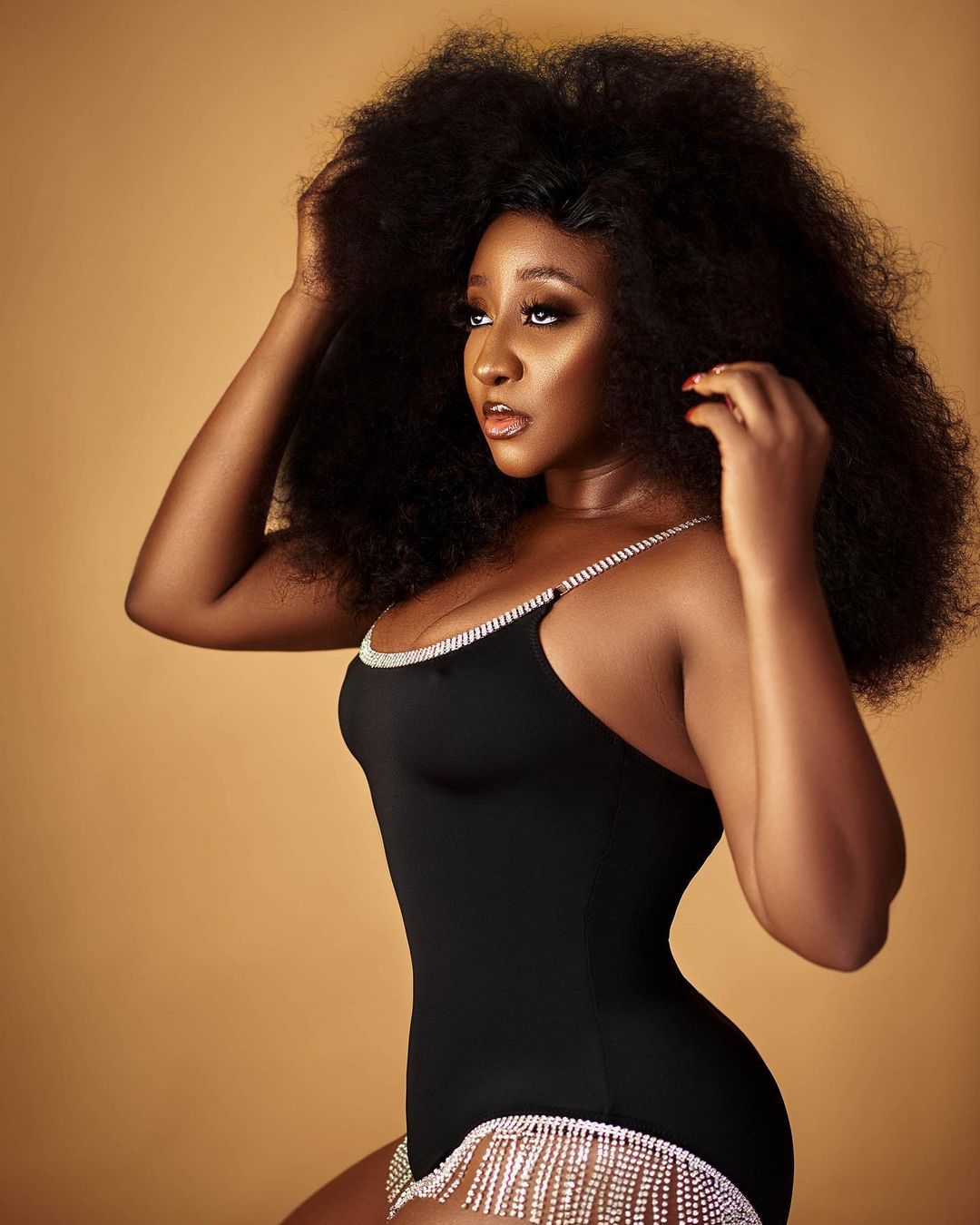 According to an Instagram blogger, Cutie_Julls, Ini Edo allegedly fell out with Halima after a disagreement between them involving a top Nigerian politician in the north.

“Okay so this gist is not really our business but on a low key see if what Ini did is right.

We all know how much Halimar praised Ini for being there for her when she was ill and flew abroad for surgery.

So late last around November/December.. things got a little hard for Ini. You know with covid etc most celebs weren’t making enough money and the life style too needed to be maintained.

One thing for sure that mama is confirming to you is that, you see Halimar? She is very well connected to all these top Northern politicians but as she kinda only have this daddy and daughter thing with them and mummy and daughter thing with their wives, they can’t do the knacking ish with her na. She just doesn’t make money from these connections cuz typical Naija politicians don’t give money except they are gbenzing So in worse case, she helps her female colleagues out.

Notice how they are all always on Halimar’s page flaunting fake love but will still go behind her and gossip abt her. They don’t even invite her to their gatherings cuz they say “she’s not my class”. Almost all of them trust me. But she is the same person who bails them out with her connections mostly.

So fast foward.. Halumar hooked Ini with one very rich Hausa politician around November. Just the fight gbenzing, Sister Ini was given $10k. So as our sistet saw that the gbola was lucrative but there was high chances of Halimar linking some other girl in future, Ini started bad mouthing Halimar to the man but will still be forming “sister sister” to Halimar.

As to whether Halimar will connect Ini again to any other rich man, we heard that is future impossible tense.

So as at now, they are both cruising with the fake love online but behind the gram, trust me.. Na one eye dem dey take look each other. Ini thinks Halimar spoiled the connection but what she doesn’t know is that, Halimar did no such thing even tho she did not give Halimar one kobo from all the money she made from the man. The man only discard her cuz of the things she told the man about Halimar.