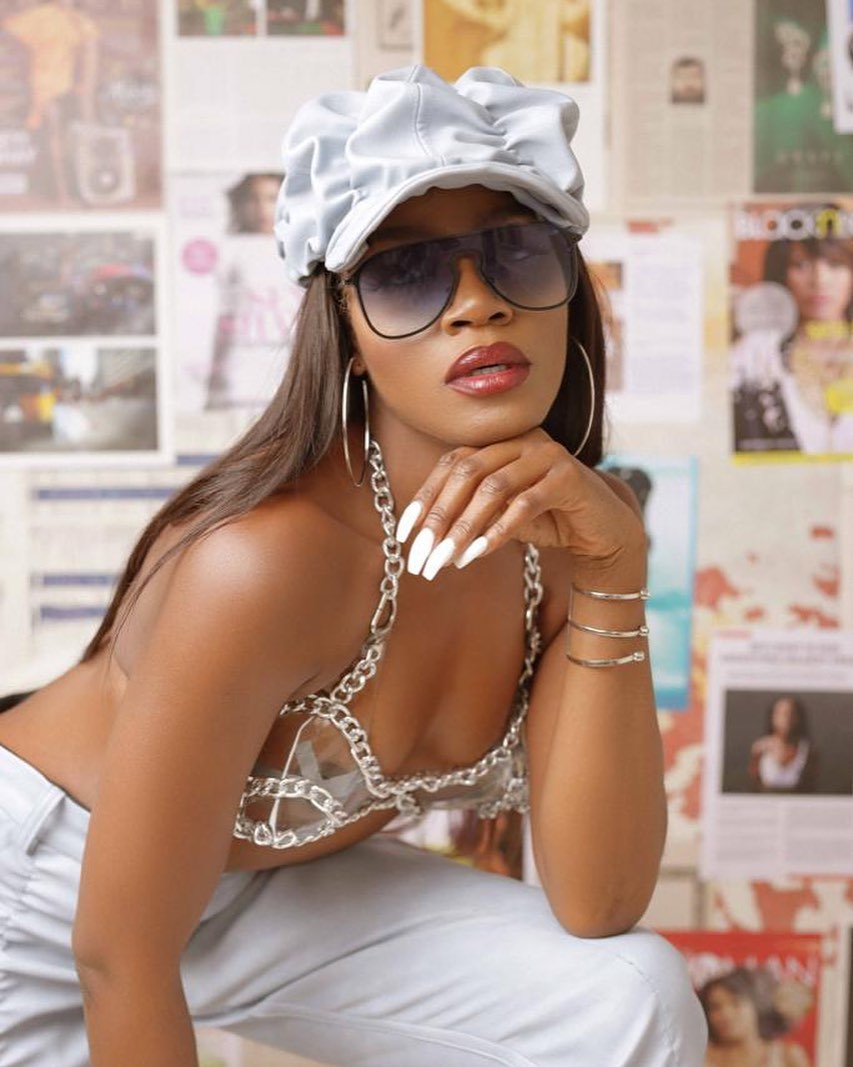 The 35 year-old singer disclosed this while speaking on the negative side of being a beautiful woman. She explained that so many men she has never met before has spread false rumours that they have had sex with her in the past.

She stated that to avoid unnecessary stories, she has learnt to stop posing with fans and some celebrities

“People talk so much about ‘pretty privilege’ but always forget to talk about some of the mess you deal with when you’re ‘pretty’. Ask your pretty friends and sisters. #Pempe.

“Should I start mentioning the names of guys who at one point said they slept with Seyi Shay when I’ve never met them in my life? They want to associate with a hot girl so bad at the expense of anything. Insecurity of fuck-boy-rism? #Pempe.”

“I’ve taught myself not to pose with random guys (‘fans’) or some famous male figures because what usually follows is rumours that we’re dating. To my hot girls dem, We move!! #Pempe , every hot girls anthem, drops at Midnight.” 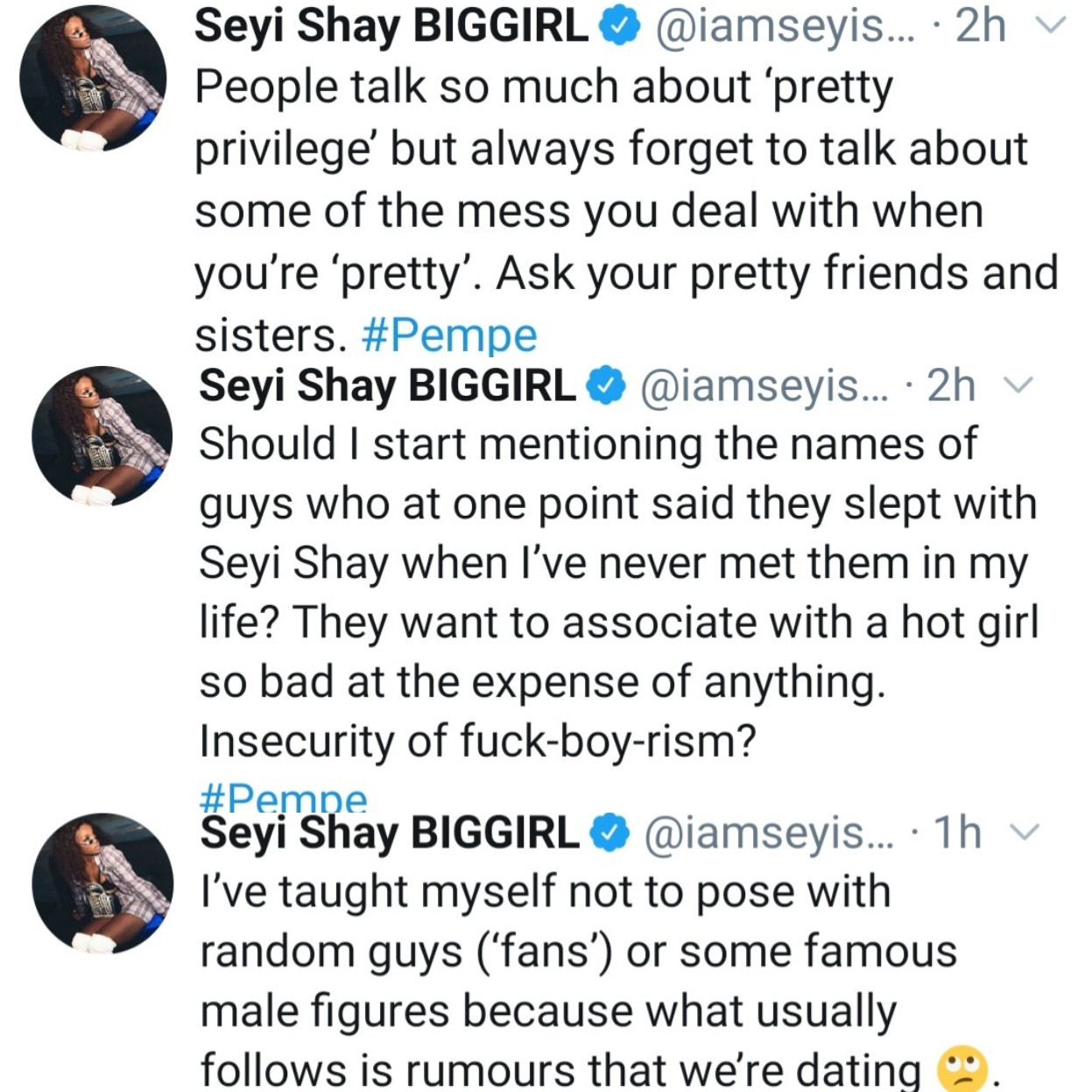 “My First And Only Heartbreak Was At 18, I Break Heart These Days” – DJ Cuppy