‘Carpe Diem’ was the perfection of a switch that Olamide initially explored on ‘Lagos Nawa’ while #UYSCUTI is its evolution which also combines the kingmaking tendencies of ‘999 EP.’ 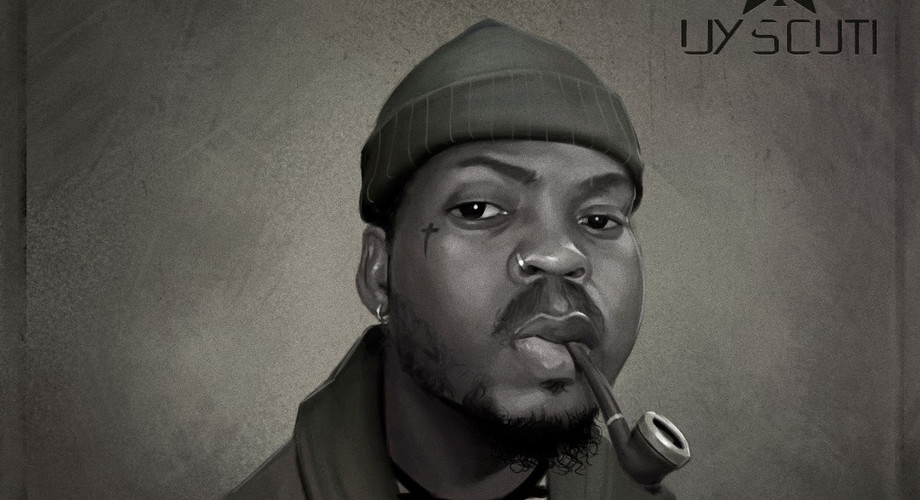 Wikipedia suggests that, “UY Scuti is a red supergiant star in the constellation Scutum. It is considered one of the largest known stars by radius and is also a pulsating variable star.”

The pedigree of an UY Scutisuggests that it is a metaphor for Olamide and the unrelenting sustenance of his stardom. In the middle of a loaded 2020, the YBNL boss still produced Carpe Diem, which signified a switch in reflected personality, style and influences.

After the uncertainty of 999 EP, the album reaffirmed Olamide’s status as an all-time great, just as a new generation started to stake a claim.

Largely delivered in English ‘UY Scuti’ but for lines like “omo” and ‘Cup of Tea,’ the album reflects Olamide’s relentless will to sustain his greatness and superstardom. More importantly, it reflects Olamide’s love for the music as a major driving force behind his constant genre/style switches.

In 2020, Olamide told Pulse Nigeria that ‘Carpe Diem’ was like a playlist and a reflection of the playlists he’d consumed – he loves/consumes playlists and as much as albums. ‘UY Scuti’ is no different. In fact, the album is just a continuation of the goldmine that Olamide struck with ‘Carpe Diem.’

More so, that title [UY Scuti] and the heavy influence from what Olamide consumes, projects the YBNL boss as a relentless learner who is aware of nearly everything. He even follows all the bad bitches on Instagram. But the ‘soft work, softer music’ that ‘Carpe Diem’ represents’ was first explored on ‘Lagos Nawa,’ but to mild success.

‘Carpe Diem’ was the perfection of that switch while ‘UY Scuti’ is its evolution, combining the kingmaking tendencies of 999 EP by featuring emerging/underground talent like Jaywillz, Layydoe and Fave – whom Olamide found on the recommendation of his wife.

This new album also represents another step in the right direction as Olamide hits his graceful years. Even his profanity is incredibly alluring, not ratchet.

With his OG and legendary status sealed, Olamide had exhausted all forms of street in him and playing in the dangerous, carefree space with Naira Marley and Zlatan which birthed ‘Pawon’ was not going to cut it because he’s not in the same headspace or on the same level as those two rappers. He was already a legend, a family man and a wealthy young Nigerian. He had things to lose, unlike Naira Marley and Zlatan.

He had to find something else to sustain another run, especially after shelving an expensive video for ‘Wonma’ because it denigrates womanhood. The result of that search is a largely mid-tempo sound, on which any genre can be explored.

While ‘Carpe Diem’ was more Afro-pop, ‘UY Scuti’ is more R&B and Dancehall/Reggae-Fusion as Olamide freely adulates womanhood with his alluring celebration of love and sex on both albums – especially ‘UY Scuti.’ While he still raps on ‘Carpe Diem,’ ‘UY Scuti’ is a full pop album.

The voice, technique and style with which he delivers music has also changed. On ‘Triumphant’ off ‘Carpe Diem’ and ‘Voice of The Streets’ off YBNL, Olamide discusses how dealing with pain and bloodied struggles impacted the aggressive thinner vocals/screams that his music was associated with.

These days, his voice is calm – almost eerily calm as he discusses love, womanhood and sex.

The voice is also alluring and suited to love-filled music while remaining authoritative and having a bass, in place of the thinner voice on his earlier records. A lot of OGs fail to understand that OG status means you can create your own rules and succeed if the music is good. Instead, they try to blend in and compete by playing according to contemporary rules instead of standing out.

It’s like finding a pocket to dwell in on a tough beat – like Drake on ‘Lemon Pepper Freestyle.’ Olamide found a peculiar way to compete in an expansive industry with a familiar formula.

From the 2010 generation, Wizkid and Olamide are excelling in terms of creating their own rules. In fact, there are parallels between Made In Lagos and ‘UY Scuti.’ Both albums are incredibly – sonically and topically – cohesive, even though ‘UY Scuti’ is more topically cohesive and more lyrically astute, clear, rounded and abundant.

Both albums find a sound and stick with it, they’re also heavily influenced by the Caribbean even though ‘Made In Lagos’ also leans towards Palmwine Music and Highlife horns.

In a way, both artists are towing the same line as 2Baba, who understood this at the start of the last decade.

Heavily influenced by R&B and especially Caribbean genres like Dancehall and Reggae-Fusion, ‘UY Scuti’ will launch Olamide into another market – especially with the bourgeois and women, whom he attracted with ‘Carpe Diem.’ He could also attract a larger foreign audience because the album is largely delivered in English and he explores more foreign market-worthy genres.

But more importantly, Olamide excels with his combination of witty pop-ish adlibs, playful lines laced with metaphors/onomatopoeia and quick-witted quotables. Especially the vulgar/profane ones, filled with sexual innuendos like, “I am a junkie for that kitty cat…” or “Make I put shakabula kum in your coza…”

Yet, Olamide’s storytelling on ‘UY Scuti’ is coherent and easily traceable, aided by his excellent technique, flows and pockets.

At some point on ‘Rough Up,’ it feels like Olamide makes his voice more gruff to reflect a more Caribbean style that fits the occasion, as aided by the excellent Layydoe. He also flexes his technique by finding different pockets on ‘Julie.’

‘UY Scuti’ is timeless music that will age like fine wine. Its production is also laced with impeccably timely melodies and chord progressions – shout-out to Olamide’s producers for an amazing job.

‘Somebody’ might also have made more sense as a final track, not a penultimate track.

While Jaywillz and Layydoe seize their moment to shine, Fave’s contributions were slightly passive. She delivered, but didn’t dominate like Tems on ‘Essence.’

However, its cohesion veers ever-so-closely to and flirts with being one-dimensional – both topically and sonically. If the album had been two or three tracks longer, that negativity might have become more infamous, but the album was saved by its length and songs like ‘Need For Speed’ which documents the hustle and ‘Petty,’ which documents the negatives of ego.