Popular socialite, Pretty Mike have taken to social media to share the “unusual sight” he saw in Lagos traffic. 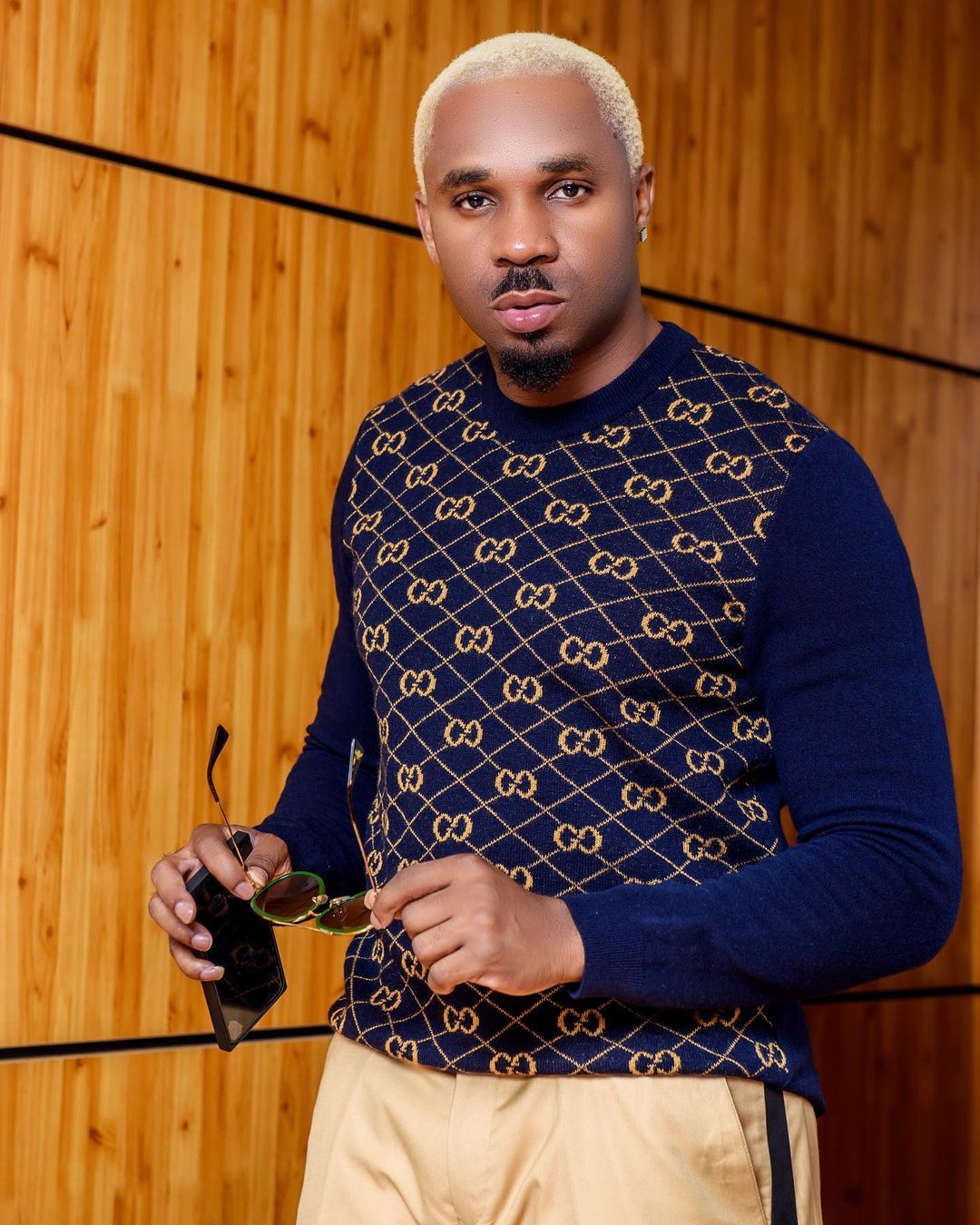 The night life king revealed that he saw a Range Rover, which is regarded as an exotic car in Nigeria, carrying a mattress in an undisclosed location in Lagos. He also shared a photo of the Range Rover on his Instagram story.

Reacting to this, Pretty Mike stated that Lagosians can convert a luxury vehicle into a moving truck, without giving it much thought.

He shared the photo and wrote, “My lagos city “where any luxury car can be converted to a moving truck”.

See the photo below, 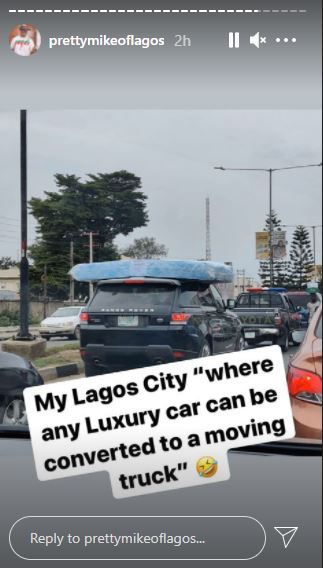 The photo has stirred mixed reactions on social media as netizens argue that it is economical to use one’s vehicle to move items, instead of hiring a commercial moving truck.

See some comments below,

maryanncorner wrote, “It doesn’t make sense paying 20k to convey mattress when you have a car, I totally understand, ahhh country get as E be. Besides that mattress isn’t cheap”

_egooyinbo wrote, “So because the car is luxurious now, the person should rather carry the mattress on his/her head.”

forlahbee wrote, “I get range and I buy matress, make I still pay separately to carry am go house ba”

official_alviravows wrote, “So he should buy his mattress and book an Uber to carry it for him then they both move in convoys like what😮”