Brave End SARS protesters were captured on camera trying to remove a bullet from the leg of a young man who was shot at the Lekki toll gate earlier this evening. 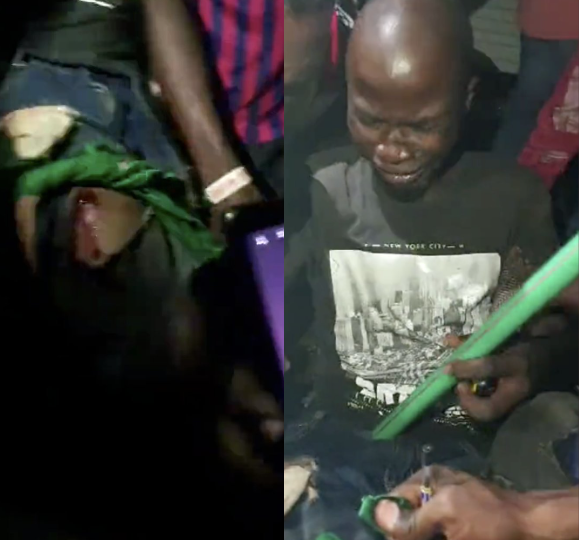 Quite a number of the EndSARS protesters stood their grounds at the Lekki toll gate on Tuesday, October 20, 2020 in spite of the impromptu curfew imposed on residents.

As it gradually became dark, the security cameras at the toll gate were removed by some unidentified men. Not long after, the source of light at the toll gate was put off and then gun shots rang out, hitting some protesters.

As at the time of filing this report, about 7 people are reported to have died with a number of people are injured. 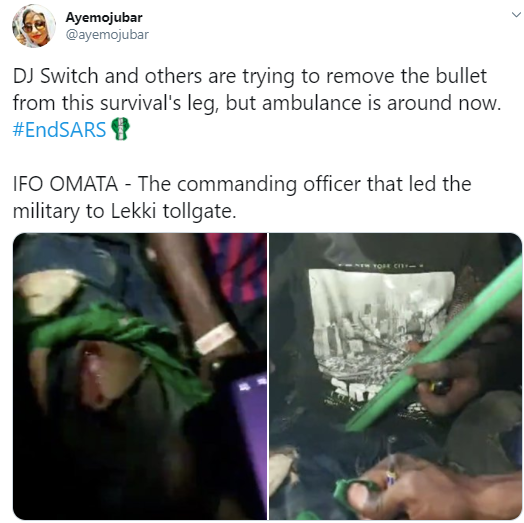