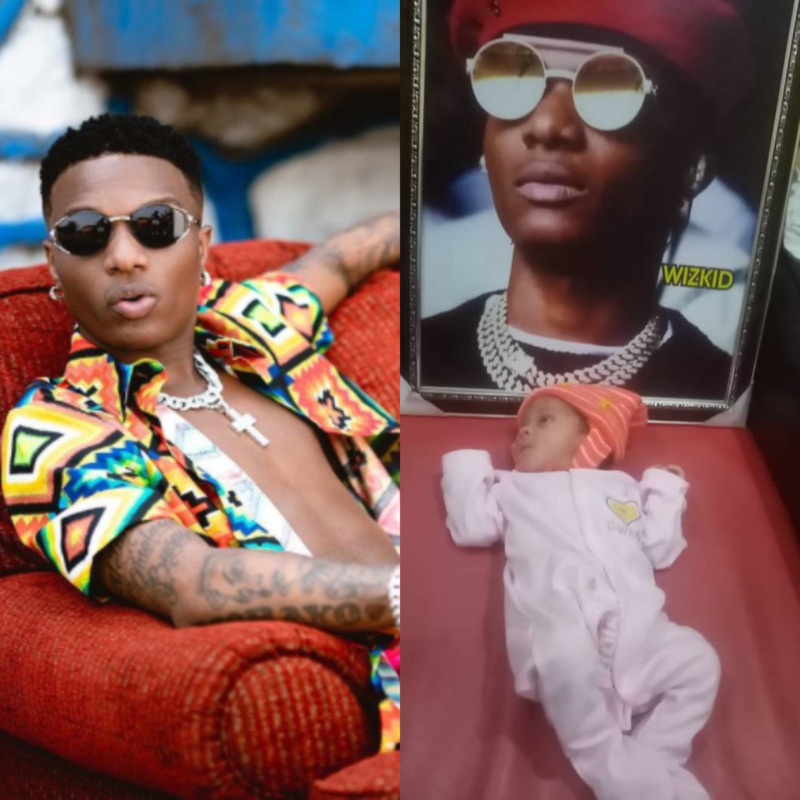 A fan of Wizkid has set tongues wagging after revealing he dedicated his son to Wizkid.

It all began when the father who is a die-hard fan of Wizkid revealed how he showed his unexplainable love for the singer via Twitter. Everyone was expecting the Twitter User who has been identified as @Yung Dera to get a Tattoo or name his child after Wizkid. Rather he sent Twitter in a frenzy when he disclosed he dedicated his son to Wizkid when he was born.

He showed no mercy to Twitter users who were still recovering from the shocking news when he shared photos of his son’s dedication to Wizkid. From the photos, you will see his baby boy laying in front of a portrait of Starboy, obviously confused.

Sharing the Photos, Yung Dera  wrote: “I dedicated him to @wizkidayo when he was born.”

DMX’s Fiancée, Desiree Gets Tattoo In Honor Of The Late Rapper