Duduke Singer, Simi has responded to Adekunle’s Cheating scandal and it wasn’t what fans were expecting.

In the midst of the accusations been hurled at her husband, Simi spoke about her unusual addiction to Apple Juice. 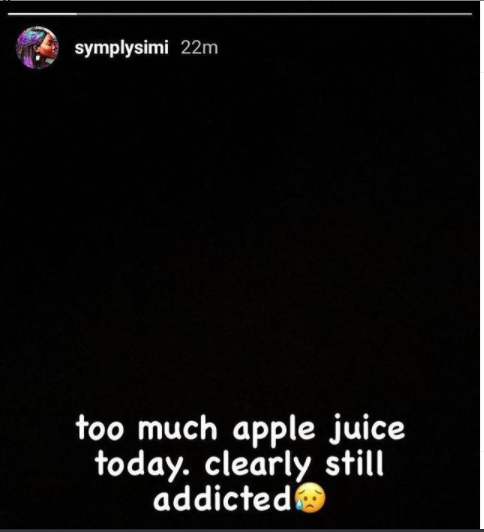 Last night, social media buzzed non-stop after an Instagram blogger, Gistlover accused Adekunle Gold of having an affair with a Video Vixen, Teminikan whilst Simi was pregnant. She also shared screenshots of Adekunle liking Teminikan’s pictures.