A 17-year-old girl identified simply as Favour is as of this moment, lying paralyzed at the Igbobi hospital in Lagos as she battles a spinal cord injury after she was allegedly beaten up, raped, and left inside a drainage to die by a 28-year-old man identified as Robinson GodDay, in the Agbarha Industrial area of Lagos state on April 23. 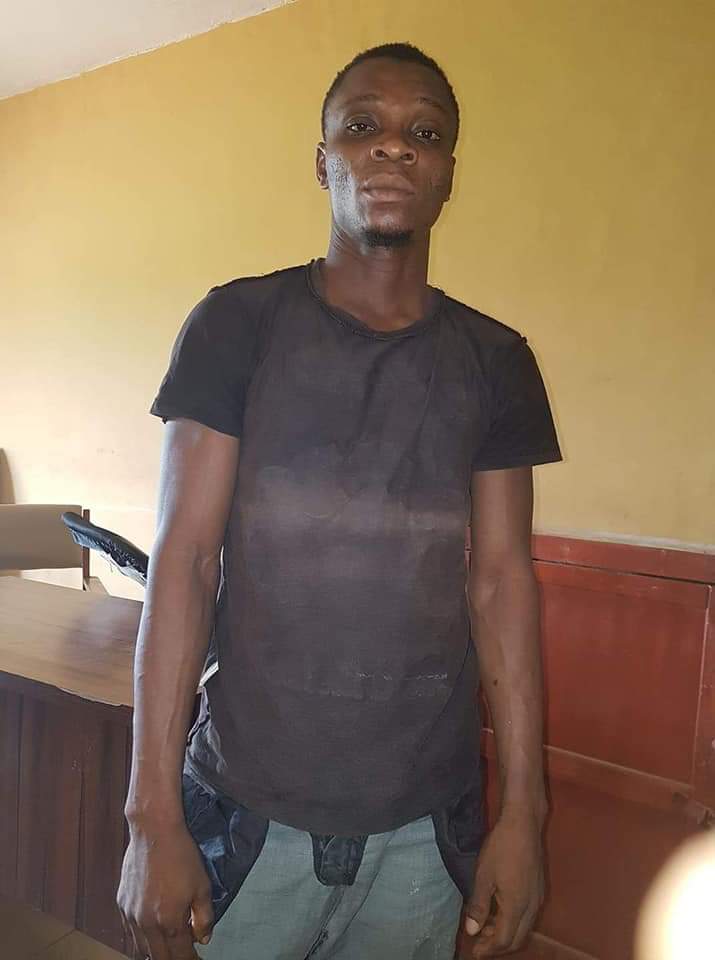 The aunt of the victim, Mary Bassey, when interviewed, stated that Favour who lost her mother in 2007, had been raped by Robinson earlier this year.

Recounting the first incident, she said Favour lived in the same house with Robinson’s sister who works in the same place with her. She said it was while in her friend’s house that Robinson raped her.

The matter was reported at the police station in their area and Robinson was arrested — she said he was made to sign an undertaking never to rape her again.

Bassey, in her interview with LIB, said unknown to Favour, Robinson had plans to sexually assault favour again. She said on April 23 while Favour was returning from her place of work which is a factory situated along the Industrial part of Agbarha, Robinson allegedly accosted her and violently raped her.

What happened is that on the 23rd of April, she went to work and while on her way back, she was attacked by the 28 year old boy who raped her and beat her up and then pushed her inside a gutter.

We were looking for her all through that day but we couldn’t find her. It was the following day that some people rushed down and told us that they saw a fair lady inside the gutter. We ran down there and brought her home. All parts of her body was destroyed.” she said

The project coordinator of Demi Care Foundation, Bimbo Oke, who shared the story online, said Robinson is currently being detained at the Eleweran police division in Ogun state. She said the Ogun state government is fully involved in the case as they have taken up Favour’s medical expenses.

Efforts to speak with the Ogun state police command spokesperson to get his comment on the case proved abortive as his phone rang out without any response.