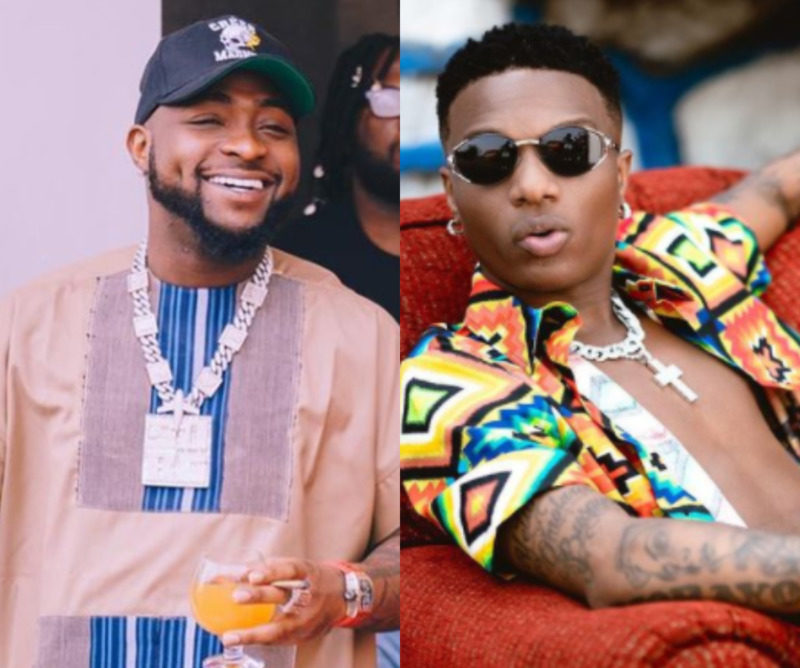 It’s no secret that Wizkid and Davido are not close pals. Over the years, music lovers have seen the duo throw shades at each other via Twitter and their songs.

However, a Twitter user identified as DJ Babylynn has revealed what will happen if Wizkid and Davido eventually make a song together. According to the tweep, the duo will put the world at standstill and eventually scatter the internet with their song. Babylynn also asserts that the imaginary song will create a massive rave and the biggest music platforms, billboards, and iTunes will literally freeze as users flood their sites to stream the song.