Nollywood actress, Mary Remmy Njoku has taken to social media to complain about the standards women are held to in the society. 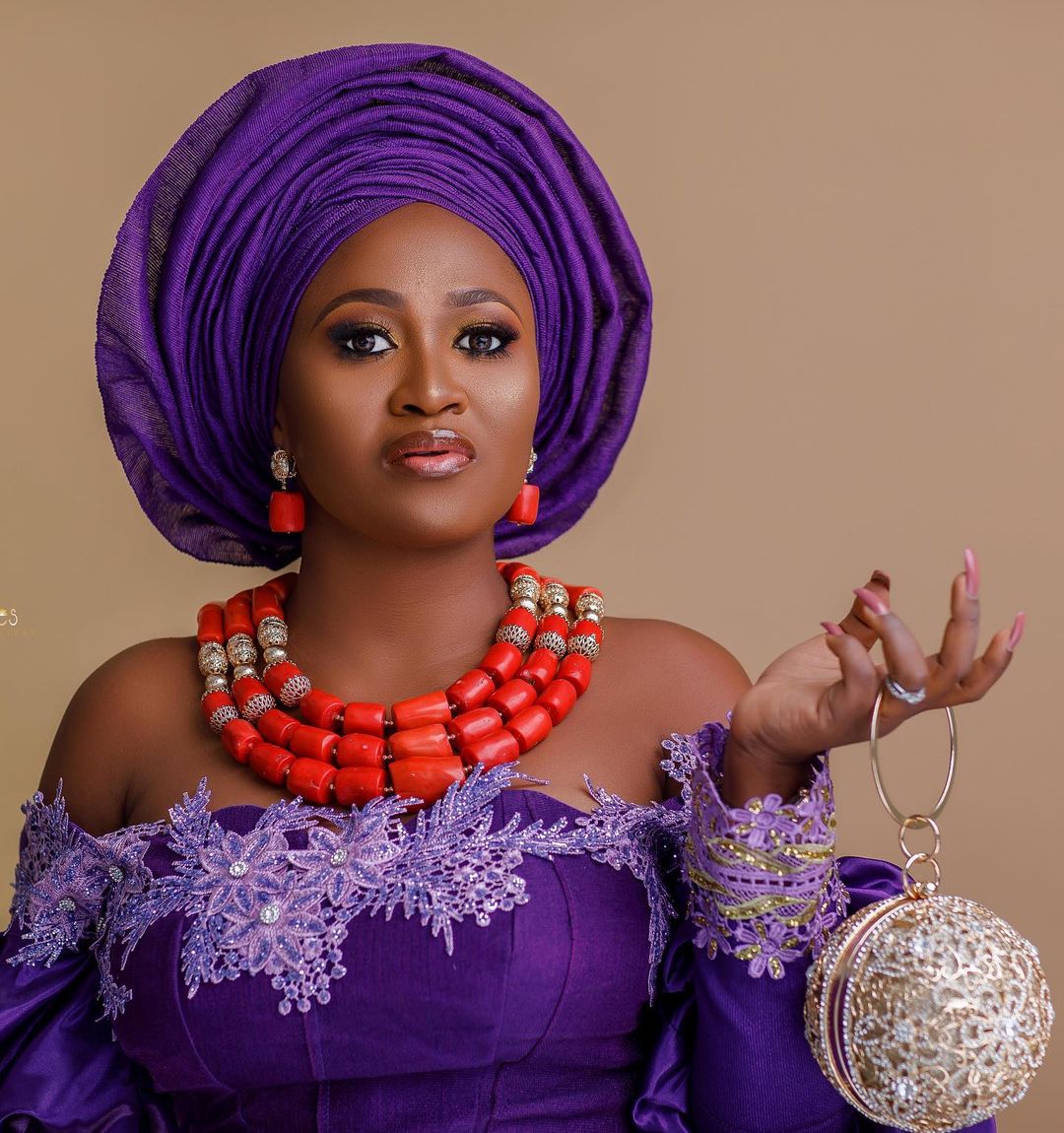 The filmmaker and wife to IrokoTV boss, Jason Njoku, stated that it is not easy for a woman to raise children and work at the same time, because they are not robots.

According to her, it is either the women faces one squarely or do a little bit of both, adding that men should also support their wives to create a balance in the home.

She cited the example of a friend’s husband who complained that his wife does nothing but sits at home with their four boys. Mary was furious at his complaint and questioned how he expects her to work and raise the boys simultaneously, when the boys are all under the age of 10.

Read as she wrote below,

“Haba!! Body no be firewood 🙄. We have to either choose one or do a little of BOTH. And Oga has to do a little of BOTH too. To create a balance. Women are humans, not robots!!
A friend’s husband just complained to me that his wife does nothing to support him. ‘She just sits at home with the boys and eats’
Imagine 😡😡😡. 4 sons under 10!!!
Anyway I don’t think her husband will ever speak to me again 🙄🙄.
Time for a workout!! 💃💃” 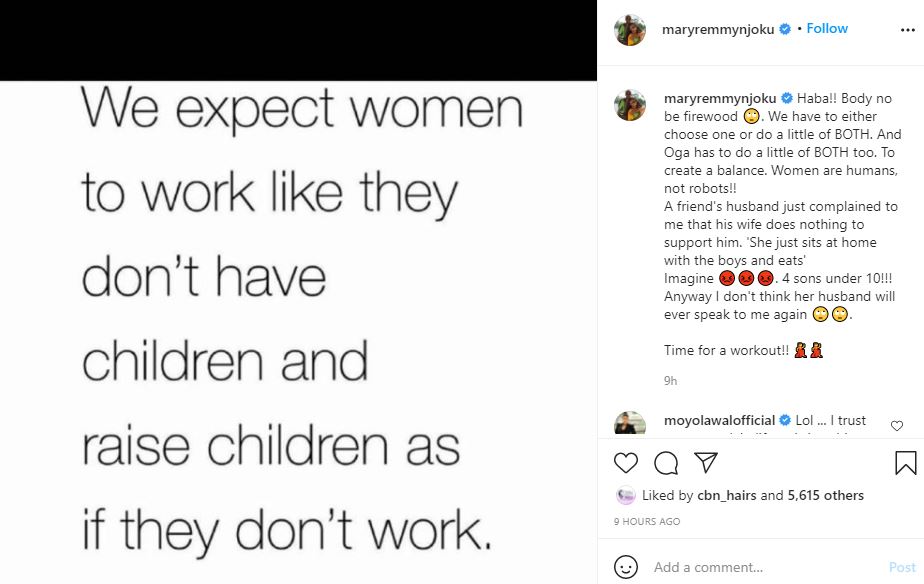 “If ‘Suffering’ Was Added To Olympics, Nigerians Would Win Gold” – Daddy Freeze