Young Man Manidentified as Davison Osagie has been arrested after showing off a Car he bought with a fake bank transfer alert. 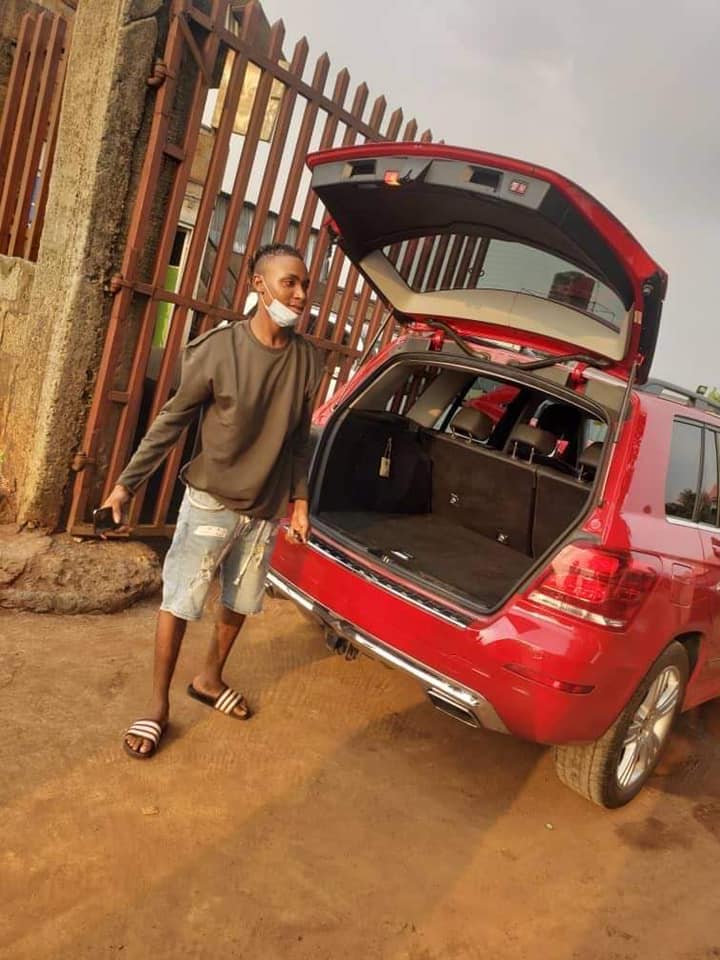 The young man fraudulently sent a fake bank alert and decided to show off his loot on his social media page. 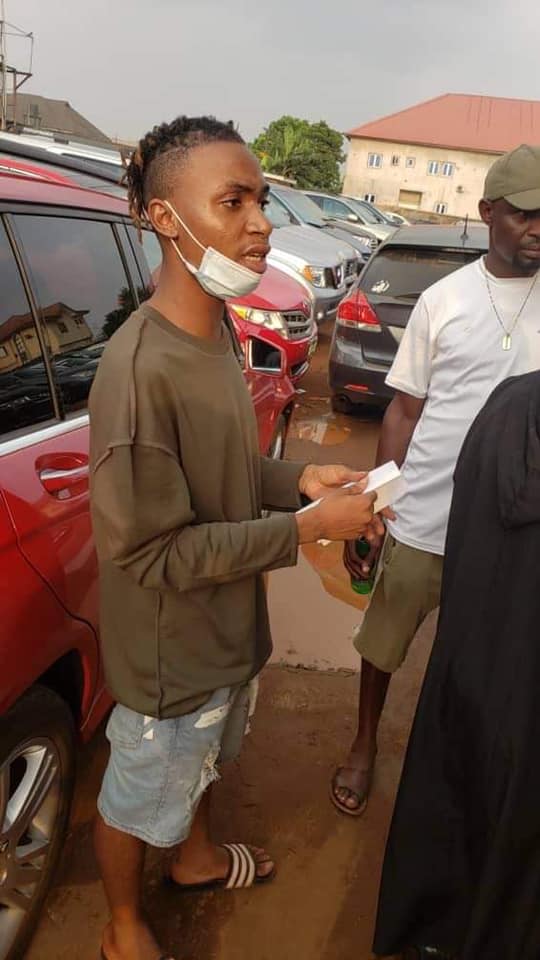 He shared photos on Facebook page congratulating himself and his friends had cheered him on without knowing the impending doom. 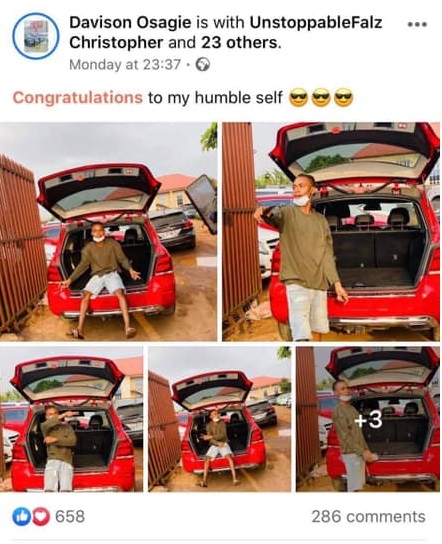 Luck however ran out on Osagie after the management of the car shop declared him wanted after realizing they had been swindled.

two of his friends has been arrested that is also on the photo with him ….and he is currently on the run

anybody with useful information please send an Inbox 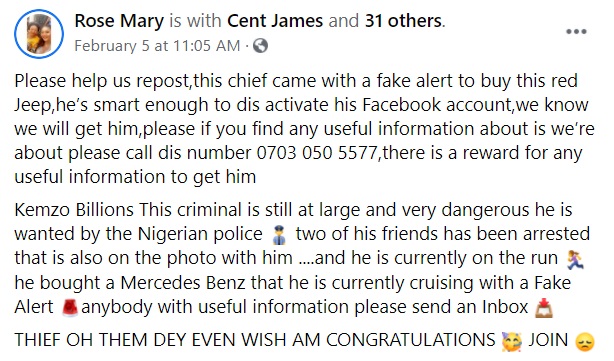 He has now been caught and handed over to the authorities.