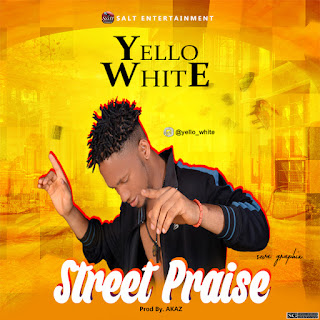 Chukwu Chukwuemeka (A. K. A Yello white)   is a fast rising artist from the east, and also an up and coming producer,  He drops his first ever single,  he calls it STREET PRAISE  and the song was produced by one of the well known eastern producer AKAZ(@akazondbeatloading) the producer of (EZENKU by Kool P ft Phyno) and (OMANME by Kool P ft Zoro)  the song was also mixed and mastered by Mixing Legend (doctor of sounds)  this song is something else and the latest dancing hit in the Nigerian Music Industry,  get your dancing shoes ready then download,  listen and share.
Download Audio Here
9.0819998.675277