Daughter of billionaire, DJ Cuppy, faces backlash after announcing intentions to feature on the same song with the fast-rising singer, Bella Shmurda. 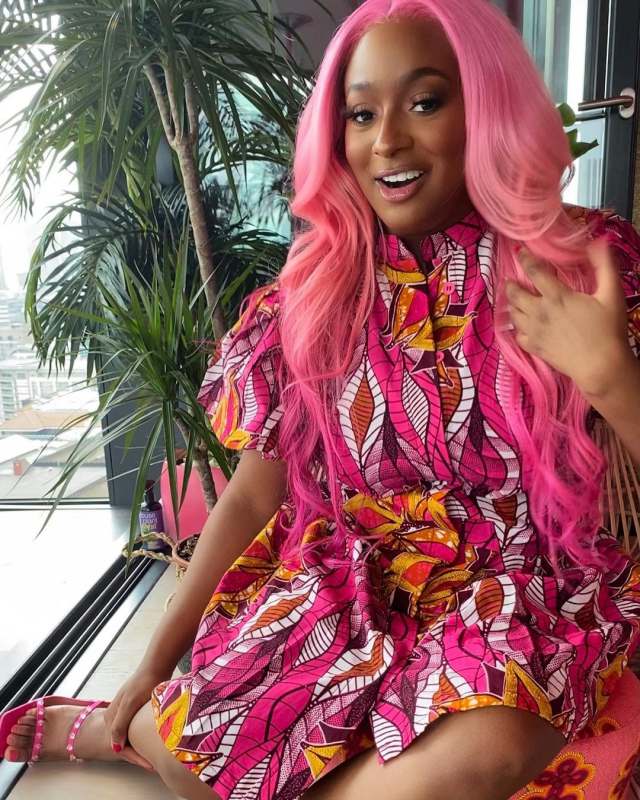 This is coming after the singer linked up with Wizkid some weeks ago, which was indeed a massive boost for his career and fanbase.

In reaction to Bella Shmurda‘s latest song that streamed number one barely hours after its release, DJ Cuppy hinted at a collaboration with him. 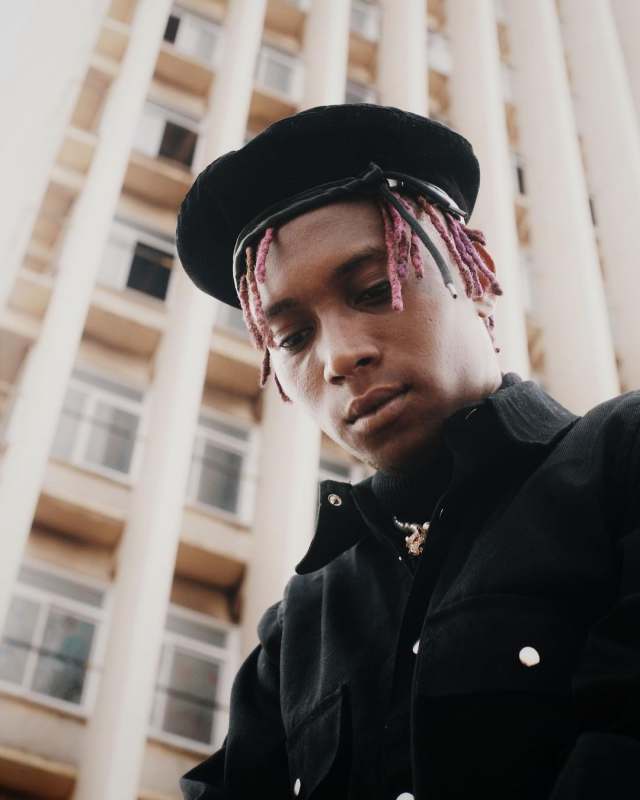 This was followed by heavy criticism as some fans attributed it to Cuppy’s saga with Zlatan Ibile over alleged non-payment after their song made a hit.

See some reactions below … 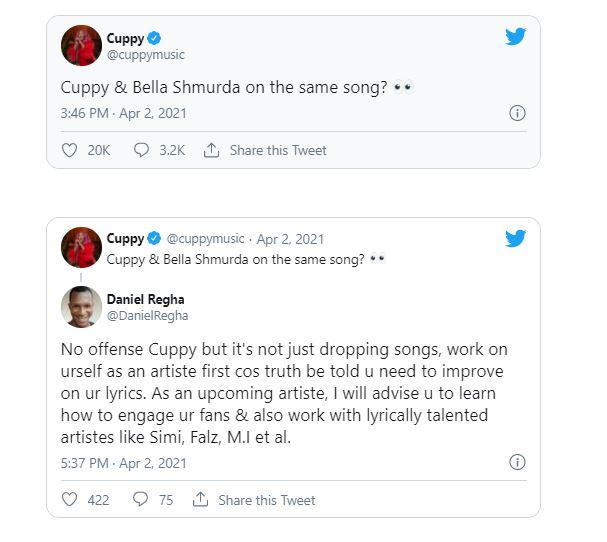 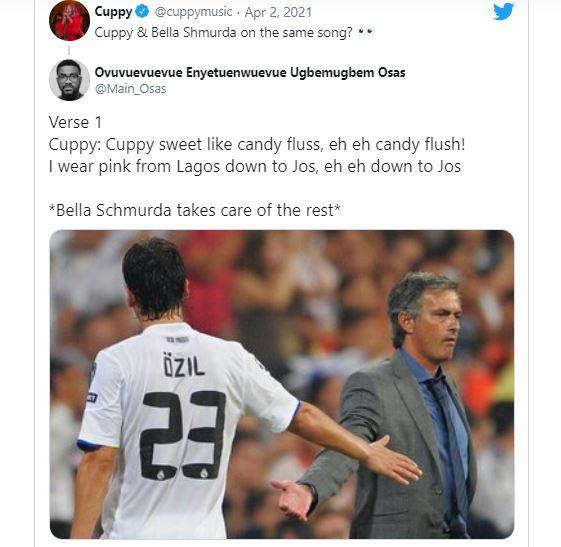 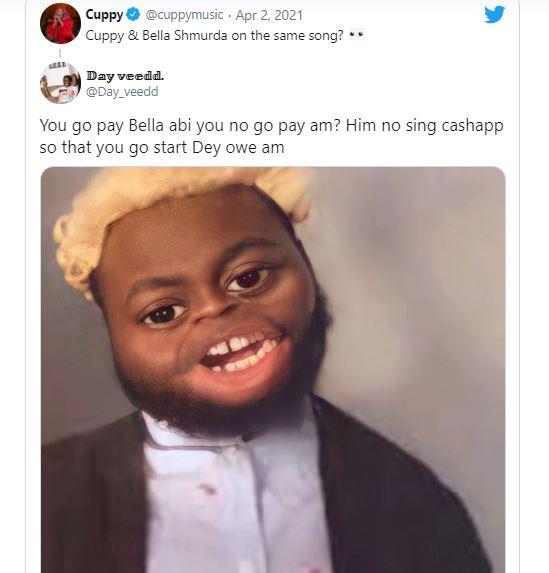 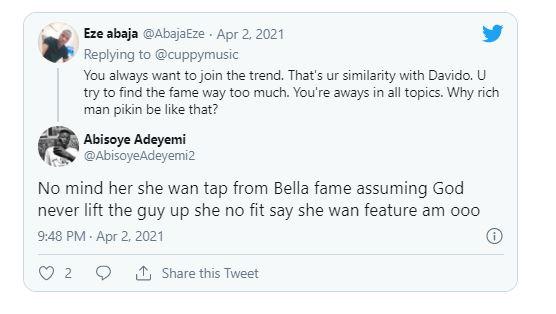