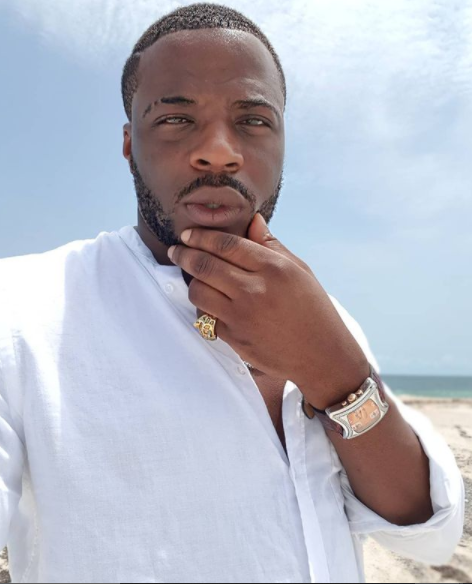 Music Fans thought Patrick Anyaene decided to bury the hatchet and let bygones be bygones in regards to Peruzzi’s Contract.

Imagine their surprise when Patrick bitterly slammed Peruzzi over his recent interview on The Nancy Isime Show. In a series of emotional tweets, Patrick revealed everything he did and sacrificed for Peruzzi. He called him names and opened up about Peruzzi being ungrateful. Some loyal fans testified to Patrick’s ‘selfless’ acts to make Peruzzi successful.

Read his tweets below

Hey @Peruzzi_VIBES. OK I have kept quiet for a minute because ur lawyers begged I stopped social media until after the court case. I arrested u and you cried as usual, I have so much to leak but the contract is enough. you’re Clown for real ??. pic.twitter.com/ooxUhMqYE3

change, do you think I am still chasing chicken change ?. You will always be below me, keep chasing your chicken change fam. I get poultry. ??. pic.twitter.com/tuYjiZZGlf

How foolish of you to come on national tv and spill fallacy. Don’t you have shame? @Peruzzi_VIBES.

I am one crazy motherfucker. All you have to do is cross the line

Recall, Peruzzi was signed to Golden Boy Records before leaving to join DMW in 2016. You would also recall how Partick aggressively dragged Peruzzi for a breach of contract and how he threatened to make the same contract public. It’s safe to remember how Patrick dragged Davido because of his relationship with Peruzzi.

“I Wish I Signed Simi And Falz” – Don Jazzy

Don Jazzy’s Ex-wife, Michelle Finally Reacts To News Of Her Marriage To Him